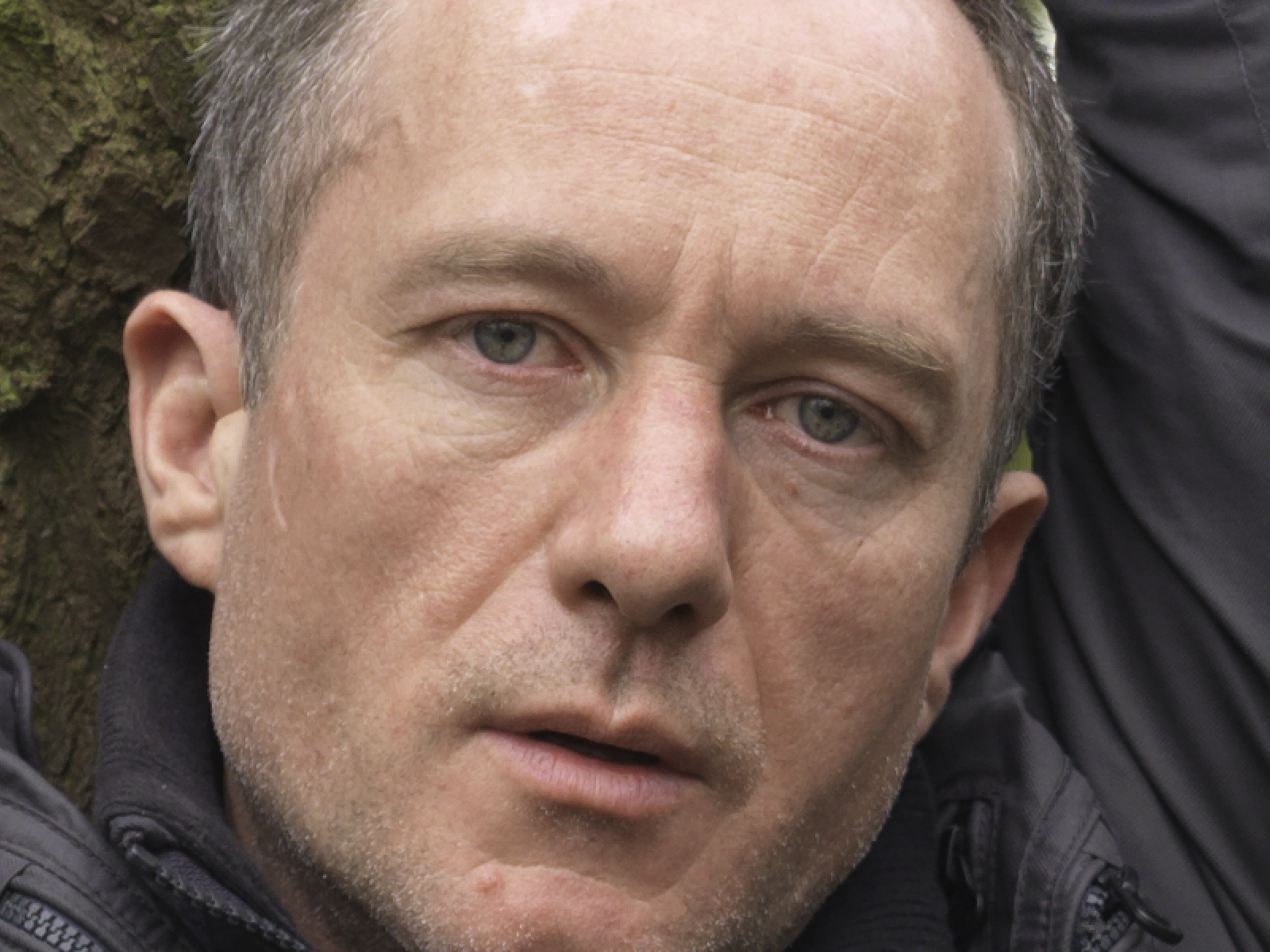 A gay man walked down a dark path with fearless abandon expecting to meet other strangers for nigh-time gay sex. He was unexpectedly jumped by four youths who beat him with fists, feet and rocks and left him for dead. He survived and was courageous enough to revisit the scene with me and he was open enough to completely express his vulnerability in front of the camera. While looking around the scene for the first time and in the daylight he recovered his shoes that had been strewn in the bushes. Physically the scars were healing and this trip and shoot was an attempt to come to terms with the event emotionally.

The mood was understandably sombre, as was the weather, and the shoot itself felt difficult and forced but we stuck too it. Suddenly something changed on a deep level, we both could sense a vibrational movement and opening, as though something stuck had been released and we had no other words for it than ‘feeling the support of nature’. The image began to take shape and the experience proved extremely cathartic for him and illuminating for me.

Saint Sebastian as a historic character has been written about and depicted innumerable times. A Roman Captain of the Praetorian Guard who was persecuted once his Christianity became known. Amazingly he survived being taken to the woods, tied to a tree and shot with arrows; legend says that Irene of Rome healed him. As well as being the patron Saint of sportsmen and soldiers, he has long been a gay icon and the image of an almost naked, vulnerable and defenceless man, tied to a tree has been a source of eroticism for both men and woman.