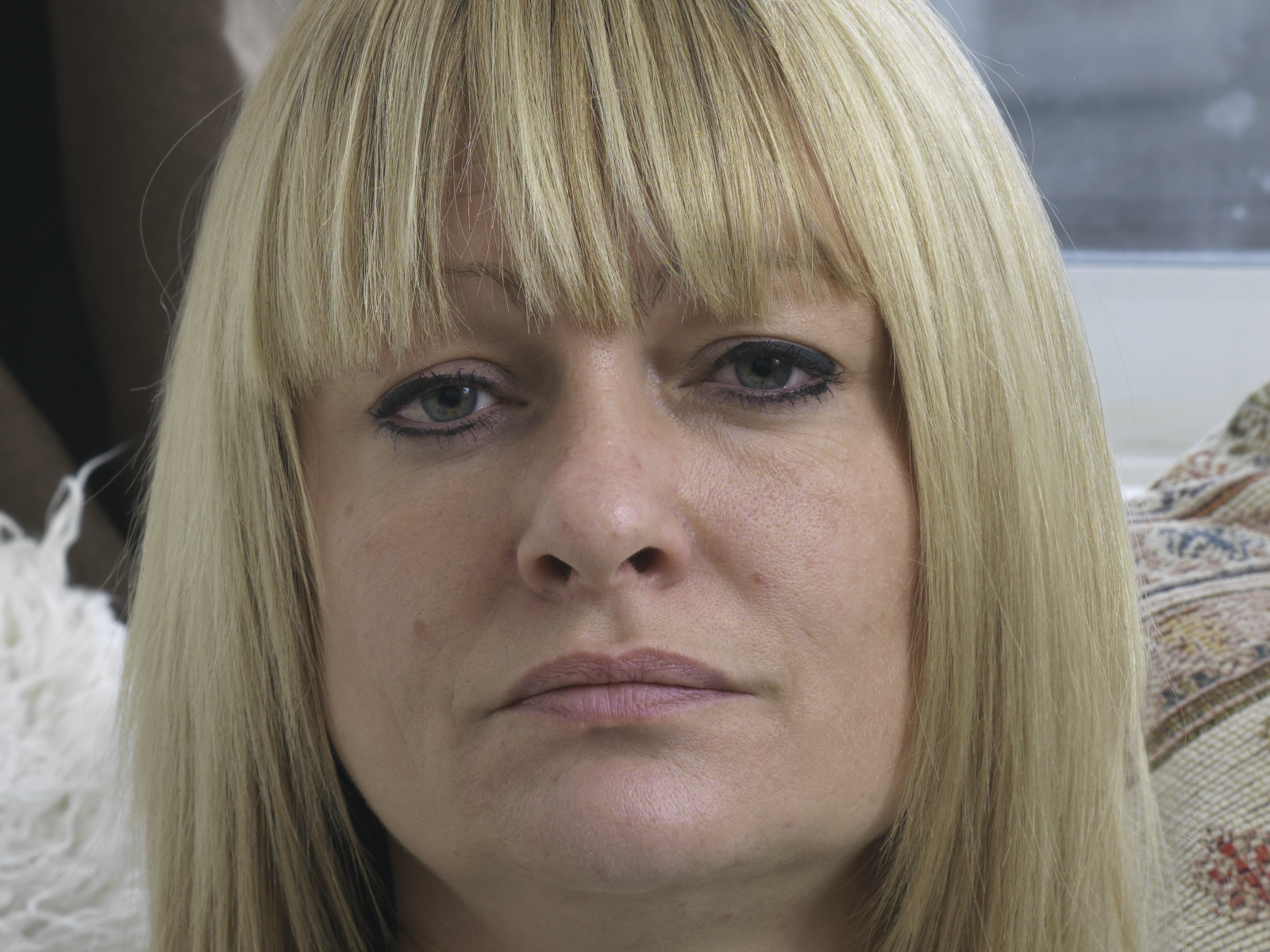 “All happy families are alike; each unhappy family is unhappy in its own way.” – Leo Tolstoy

My work seems to be an investigation of the invisible through the visible; the uncovering of hidden bonds and histories through the study of faces, postures and environments. To expand on this theme I looked to groups – the group portrait. It is well known that people behave differently in groups than they do as individuals, and the constituency of each group influences the dynamics. So I wanted to find a way to ‘get the best of both worlds’, a truthful insight into both the individual and the collective.
To facilitate greater openness of expression and freedom from role-playing I decided to interview and photograph each participant on their own and in turn. As a pair we would spend, as much time together as was needed, talking about their lives and their relationships until we reached a point of clarity or understanding. They would then leave the room and the next person would take their prearranged place and the process would begin again until I had photographed everyone. My main concern was that people would be reluctant to open up in the presence of other family members and I didn’t want them slipping into familiar roles and patterns. Anyone who has grown up in a family can understand the pressure to behave as expected.
The process became a journey, both of discovery and compilation. The information I learned from each person added to the conversation I had with each subsequent person, and the order in which they wanted to be photographed seemed to intuitively help this.

The scene and setting and seating arrangements were carefully arranged by all of us together; then I would light the set and prepare for shooting. The family themselves would choose where and how to sit and their natural knowing dictated the order of appearance. My job at this juncture was to steer them away from difficult overlaps, if possible, and keep them within the frame.

What emerged during the hours of shooting were a profound and powerful honesty and a genuine understanding of what it meant to be each individual member of a family unit. Some of the stories were remarkable and moving as the sitter took advantage in ‘the comfort of strangers’ to offload their suppressed pain and suffering.
Once back in the studio I weaved the component pieces into a coherent whole hoping to give the impression of a captured singular moment in the life of a group. The fact that only I and one other person were in the room at any one time is obscured by the visual information although possibly hinted at by the emotional context and feel.
Although the ‘action’ may look naturally occurring it is an accumulation of separate moments that I do not believe I could have captured from a group sitting together. Each person was trusting and brave with their sharing’s, and found it liberating to be uninhibited by the presence of others with whom they have complex relationships.
This process may be a group deception but it is compiled of individual confessions and my hope is that this unique dynamic creates and uncomfortable feeling for the viewer at a deep level which should promote enquiry. The resonance of each narrative is weaved together in such a way that everyone has had their voice heard and even though they may have been speaking alone I hope that on some level they are heard collectively.